Has it really been almost a month?!?

It's been awhile since my last post and I am going to blame my busy busy life for that. 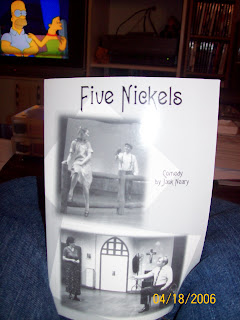 We wrapped up Earnest about 2 weeks ago and I would be going through withdrawl but since i am now "Doris" in The Wedding or How It All Came Off by Jack Neary and the read through was tonight and it goes on it June so it's back to rehearsals but not as intense as Earnest.

Rachel and I have signed up for pole dancing class - no were not becoming strippers but it is supposed to be really good for your arms and abs - and it was - the next day we couldn't even raise our arms - I have a new found respect for the upper arm muscles that strippers have now (lol).

To top everything else off I have soccer at least once a week. Busy busy busy.
My new job starts in three weeks but I only work for the next two. My replacements starts in one week so I will sit with her for a week before abandoning a sinking ship!! I am a little pissed she's getting paid 6K more than me but I letting it go because getting and staying pissed accomplishes nothing - the office manager bitched to me about her potential paycut - seriously -- whatever!

So my degus were losing hair and I thought it was only one but then it was a second one. So I took them to the vet - who suggested I bring all on them in. I was there for an hour and she did do a through check but I just about died when I got the bill. $230 to find out that there were no mites, no ringworm but she really didn't know what was wrong. She said they may be "barbering" each other - which means tearing the others hair out so she suggested that I buy more cages and seperate them for two weeks but let them play. So I did however the first day I let them play I actually saw them tear hair from each other. 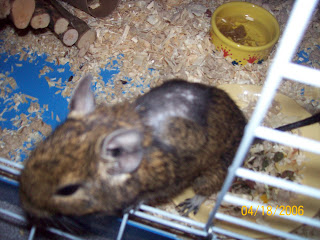 So it cost me $230.00 freaking dollars to find out that they are just mean to each other and now they have to be seperate forever so 366 Bankside Drive has now become Degu Street. 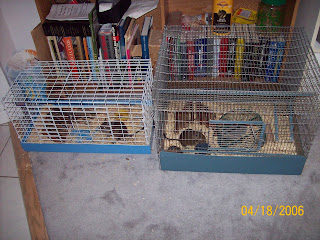 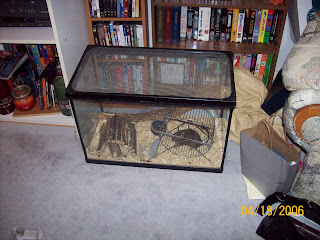